At Embode, we distinguish ourselves by being on-the-ground and familiar with field locations for our work. Since establishing in 2015, Embode has undertaken field research and assignments in over ten countries across Asia and Africa. Our projects focus on both NGO/UN programmes and business supply chains in areas of child labour, women's empowerment, ethical recruitment, migrant labour, human trafficking and social protection.

Embode takes a consultative and adaptive approach in working with our clients, ensuring transparency in every step. We endeavour to collaborate with our clients as genuine partners in social sustainability, protection and development. 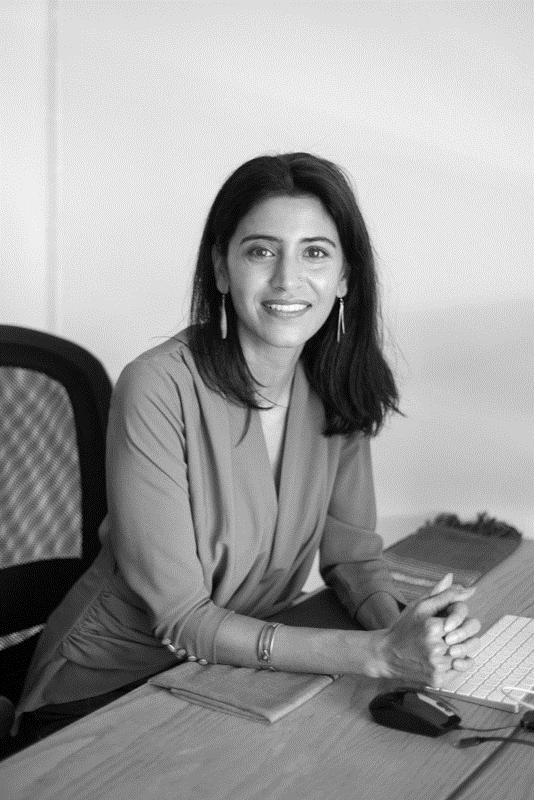 Aarti Kapoor is Managing Director and Lead Consultant of Embode. She is a qualified lawyer in both the UK (England and Wales) and the US (New York state). She also has a Masters degrees in 'Law and Economics' as well as 'Systems Leadership and Organisational Analysis'.

Aarti has over 20 years of professional experience, including 17 years working on human rights issues, with a focus on forced labour, human trafficking and child exploitation. She is also a trained Organisational Analyst and has worked in leadership positions in the UK and South East Asia with government, NGOs and corporate agencies as well as undertaken assignments in Eastern Europe and Africa.

Whilst leading Embode, Aarti has overseen and managed a broad client portfolio. This has included the assessment of child labour in cocoa supply chains in Côte d'Ivoire, Ghana and Indonesia, migrant labour vulnerabilities in the palm oil sector of Malaysia, analysing Nepal as a labour-sending country, gathering effective practices in child participation in Cambodia and building senior leadership teams in the non-profit sector across Asia.

Prior to establishing Embode, Aarti led Project Childhood, an Australian government regional initiative against child sexual exploitation in tourism across Cambodia, Lao PDR, Thailand and Vietnam for World Vision. This included directing an international child safe tourism campaign reaching over 15 million people and overseeing an education / awareness-raising programme on prevention of child sexual abuse to over 40,000 people, including children and parents.

Previous to this, Aarti was the Chief Policy Advisor for the UK’s Child Exploitation and Online Protection centre (CEOP) where she headed up its Child Trafficking Unit after carrying out the first UK Government commissioned national assessment on child trafficking. In her position she also led police policy development on child trafficking on behalf of ACPO (Association of Chief Police Officers) Lead Mr Jim Gamble (QPM).

Aarti is known in the sector for her analytical mind and capability to think strategically and systemically. She is passionately dedicated to helping organisations reach their highest potential and effectiveness.

Embode operates through a small and growing core team of Associates and Advisors, and an expanding roster of diverse and capable Consultants across the world. We work collaboratively and consultatively within the team, ensuring consistency across our projects and clients services.

All of our Consultants are selected for reliability, dedication and their established expertise. Embode's Consultants have backgrounds in academia, international organisations, government as well as public and private sectors. Their specialisations range from a broad array of fields such as research, social and economic development, policy and law enforcement as well as sustainable business. As part of Embode's philosophical and systemic approach, Associates and Consultants are enrolled in an ongoing process of learning and integration.

The profiles below include Embode's current Associates and Advisors who are part of our core team as well as Consultants who take on roles for various projects. 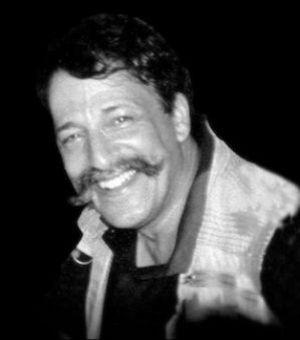 Dr David Feingold is a Senior Advisor to Embode and provides strategic advice in key technical and research related areas. David is the director of the Ophidian Research Institute and for fifteen years served as International Coordinator for Trafficking and HIV/AIDS in the Office of the Regional Advisor for Culture, UNESCO, Bangkok. He developed the UNESCO HIV/AIDS and Trafficking Programme with two mandates: intensive research and ethnic minority populations. The programme developed the only research-based culturally and linguistically appropriate prevention materials, authored in minority languages. The programme also developed the UNESCO Trafficking Statistics Project that tracked and evaluated trafficking numbers. David also directed the UNESCO Highland Citizenship Project and the two largest vulnerability surveys of highland people in Thailand. In addition, he coordinated the UNESCO project on cultural factors in the prevention and promotion of gender-based violence.

Educated at Dartmouth, Yale and Columbia, he is a research anthropologist and an award-winning filmmaker. He has conducted extensive field research in Southeast Asia over four decades, particularly among the Akha and Shan peoples. He has represented UNESCO at numerous international fora on human trafficking, including as the representative to ICAT and chaired the Statelessness Working Group. David has served on the management board of UNIA and is a Visiting Professor at the American University of Paris, a Fellow of the Royal Anthropological Institute, and a Fellow of the Centre d’Anthropologie de la Chine du Sud et de la Peninsule Indochinoise (CACSPI).

David has advised on the following Embode projects: 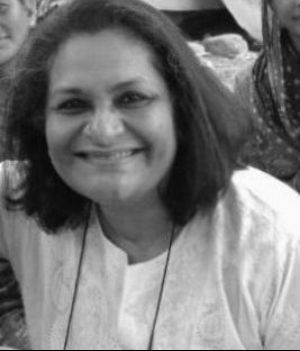 Bharathi Ghanashyam is an Associate at Embode and has a special interest in health, women's issues, child rights and marginalised smallholder farmers. She has over 15 years experience in showcasing innovative models of development interventions through reader-friendly case studies and mainstream media articles for leading national and international publications. Her main strengths lie in interacting with grassroots communities in order to map changes and reflect them through the case studies with an objective to promote replicable models that can lead to scale.

Her work has been recognised by national and international organisations that have resulted in several fellowships and awards, including the WHO Stop TB Award 2011 for Excellence in Writing on TB, and the Journalist in Residence Fellowship 2016 awarded by the Institute for Tropical Medicine, Antwerp.

Bharathi has taken up a role in the following Embode project: 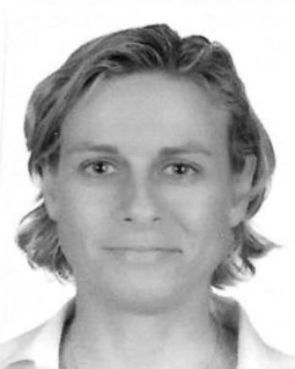 Jennie Williams is an Associate at Embode and works on a number of different projects on labour and migration in supply chains. She is UK lawyer of 12 years and been based in SE Asia for 10 years as a gender, migration and trafficking consultant and researcher.

Jennie is a PhD candidate at Mahidol University (MU) researching women’s migration, gender-based violence and peace and security. Her Master’s degree at MU analysed the concept of consent within trafficking, immigration and prostitution legislation and its impact on migrant female sex workers’ human rights. She has an extensive understanding of issues affecting female migrants.

Jennie has taken up roles in the following projects: 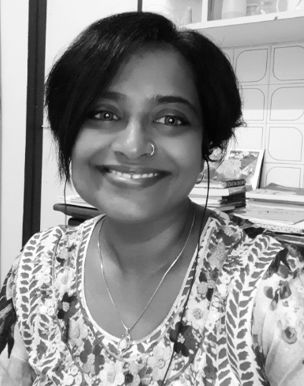 Janarthani Arumugam has been advocating for human rights and women’s rights issues in Malaysia and South East Asia since 2006. Her areas of expertise include labour rights, indigenous rights and community development.

She began her social justice vocation volunteering with women’s rights organisations and went on to coordinate projects on women’s political participation which oversaw the training of over 1,000 women from the grassroots, civil society and political parties across the Southeast Asian Region.

Janarthani has served a stint as a local councillor in Malaysia and worker on governance issues at the grassroots level promoting participatory democracy in local governance.

In 2012, Janarthani was part of the International Visitor Leadership Programme under the auspices of the U.S State Government and was also awarded a prestigious fellowship by the Nippon Foundation under the Asian Public Intellectual Programme from 2012 – 2013.

Janarthani is also an experienced researcher who specialises in gender-based issues. She has conducted participatory feminist research among 100 women plantation workers which detailed their agency in dealing with corporations in the palm oil sector in the Philippines and Indonesia. She has undertaken and specialises in research and empowerment projects which involve vulnerable communities such as migrant workers, sex workers and indigenous women in Malaysia. Most of her work has revolves around unpacking the structural inequalities which permeate the lives of women and their agency in transgressing very limiting circumstances to survive in harsh and uncertain political and economic circumstances.

Janarthani is an Associate with Embode and is the Research Coordinator of the Worker Wellbeing Consultations being conducted amongst Malaysia’s migrant worker population. 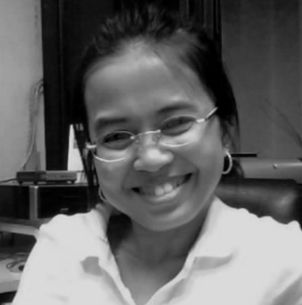 Pik is an Operations and Administrative Officer at Embode. She has over 10 years’ domestic and international experience in operations, having worked with several NGOs, including in a joint activity of the Thailand Ministry of Public Health and the U.S. Centers for Disease Control and Prevention. She provided assistance to the management and administrative support unit and epidemiology section of the CDC/International Emerging Infections Program (IEIP). This included providing secretarial and administrative support to all programme components on the project of Influenza A virus subtype H1N1 as well as HIV and STI prevention among men who have sex (MSM).

Pik worked with Pact, Thailand on the USAID-funded 'Mekong Partnership for the Environment', a project to increase new dams, mines, roads and industrial zones in Cambodia, China, Laos, Myanmar, Thailand and Vietnam. Her role was focused on event planning and gradually taking over the administrative tasks and familiarising herself with practices. These helped her to gain extensive knowledge of government procurement processes even while remaining focused on other tasks.

At Embode, Pik is dedicated to ensuring effectiveness and efficiency in throughout our operations and team administration, while also contributing to the development of programmes in the area of human rights. 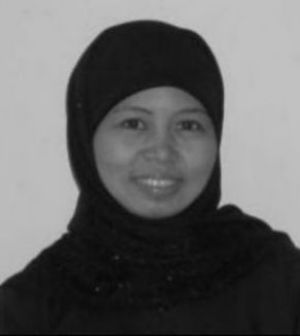 Anna Sakreti is a Consultant at Embode. Anna has 20 years of operational and strategic experience working as a Senior Social Worker in Indonesia across issues of human trafficking, migrant workers, child labour, gender-based violence, internally displaced persons and psychosis. She has undertaken direct casework which has included providing counselling, support through referral mechanisms, and advocacy with government, non-government and international organisations. Anna has used this experience to develop the concept and analysis of a psycho-social database of trafficked victims.

At policy level, Anna has worked in advocacy and strengthening of referral mechanisms in relation to human trafficking. This has included building and coordinating a network of government and NGOs across Indonesia and internationally. Due to her expertise, Anna has provided technical consultation to the Indonesian Government over a number of years on laws on domestic violence and human trafficking.

Anna has taken up a role in the following Embode project: 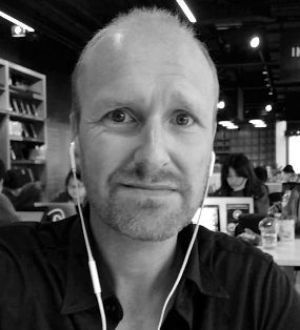 Stéphane De Greef is a Consultant at Embode and focuses on environment, sustainable agriculture and human rights. He graduated in Agronomic Engineering in Gemboux, Belgium, with a specialisation in Environmental Management. Stéphane has over 18 years of combined experience in information management, research, capacity building, monitoring and evaluation for governmental, non-governmental and private entities.

From the most remote areas to the higher offices of government, Stephane’s mission is to observe, assess, analyse, report and recommend pragmatic actions to solve a wide range of informational and logistical issues. Always ready to travel by any means necessary to the least accessible places in order to gather crucial field information, his responsibilities also encompass processing large datasets to ‘get the big picture’, be it about certified supply chains, beneficiaries or biodiversity.

Fluent in French and English, with notions of Khmer and Spanish, he has worked in countless multicultural environments in Asia, Latin America and Africa. His past work experience includes various roles in capacity building, research, monitoring and evaluation in the fields of humanitarian mine clearance, victim assistance, human rights, education, public health, environment, sustainable tourism and archaeology.

Stéphane has taken up a role in the following Embode project: 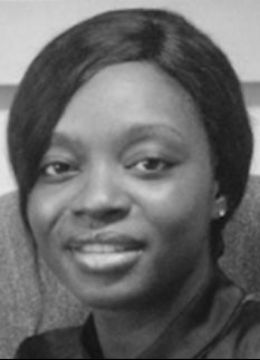 Korotoum is a Consultant in sustainable development and specializes in sustainable agriculture. She has 15 years experience in the cocoa sector and is competent in undertaking research, assessments, capacity building and training activities.

Before founding K’Origins, Korotoum held various posts with international agencies. This included posts such as an auditor and Liaison Officer for West Africa in FLO (Fairtrade International), a Child Protection Officer with the United Nations Peacekeeping Mission in Cote d Ivoire, a Cocoa Programme Manager at Solidaridad and a Certification Programme Manager at Cemoi.

Korotoum has taken up a role with the following Embode project: